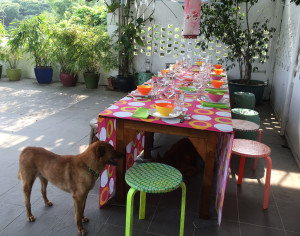 A Pox on Sunny Vision and all their Descendants | Happy Jellyfish

A Pox on Sunny Vision and all their Descendants

I was hoping I’d never have to write this (again) but here it is: My blog www.chinadroll.com has disappeared from view, and it’s SO not my fault. I was a customer of theirs for 3 1/2 years, paying them shitloads of money, did what they told me to do and generally shut up and put up.

Two weeks ago I wanted to move my blog to a different, better and much more reasonably priced host; the one that’s hosting this website in fact. (For during the 3 1/2 years Sunny Vision has been hosting me, they have shown themselves to be staffed by … possibly orangutans? And not the one million ones that together could hammer out Shakespeare either. The orangutans that were thrown off the Ark for being too ape-like.)

I sent an email to Sunny telling them to bill me for whatever it costs to move to a different host, as well as giving me the password etc to pass on to my computer guy.
They shut down my blog that minute. That’s right, couldn’t even keep it there for a couple of hours while the excellent Stephane worked his magic.

There is a post about this from two years ago on my other blog, which is currently floating up there in the stratosphere somewhere, waiting for permission to land. Meanwhile I’ll just have to rely on text messages and nailbiting.

WHATEVER YOU DO, never go into ANY kind of economic partnership with Sunny Vision! They should be called Sunni.

A Traitor Unto Himself | Happy Jellyfish

A Traitor Unto Himself

I used his films as teaching and learning tools of Canto, and when people asked me which Cantonese films I could recommend, I always said “Anything by Chow Seng Chi.” He single-handedly changed the face of Cantonese comedy by using his own Mou lei tau (冇理頭）－ a play on 冇理由 （mou lei yao – “meaningless”) – humour. I used to have a photo of him on my pager in the days of pagers – my husband made me burn it on our wedding day. Yes, the photo.

A big part of his appeal is of course that he speaks Cantonese, a good fighting language perfect for the delivery of a terse put-down, and the Chow Seng Chi-films dubbed into Mandarin I’ve been forced to watch, have of course been not very good at all.

So what does he go and do?

Produce his new films in Mandarin, saying in a recent interview: “Cantonese? Do people still speak that?” and “Everyone in Hong Kong understands Putonghua now.”

What – so he thinks the two languages are interchangeable? That fun, vibrant, expression-laden, infinitely rich Cantonese can be replaced by dry, stick-in-the mud, slang-less Mando?

Chow Seng Chi: TRAITOR! Cantonese made you, and you know it! What are you going to do in your Mandarin films, make Party speeches?

I just have to post this comment from one of my students, ah Laan, here. She, as well as I and everybody who’d ever attempted to take on the Canto, has fought through being answered in English, no matter what she said, for weeks. But then: “...Great victory today in the vida Canto - I often visit the small shop near our apartment for juice or snacks and always greet the proprietress in Cantonese. She greets me in English then responds to my statements - "How much is this" or "I don't need a bag" in English. But today - VICTORY! I went down to buy a beer, said hello (she answered me in Canto), asked how much it cost (she answered me in Canto), and said I didn't need a bag (she got a huge smile andwell, she said something in Canto that I couldn't understand), but dammit! It worked! It finally worked!.”

It does work. Believe me. As long as you don’t back down, break down or give up.

A Visit To Splendid China 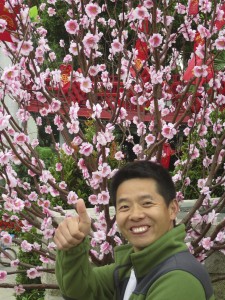 Splendid China is exactly that – splendid. Only 15 to 20 minutes’ drive from Lo Wu is a world of semi naked guys dancing and dancing, Chinese opera shrieking through your bones and every famous thing in China so small you can pick it up, but perfectly formed. 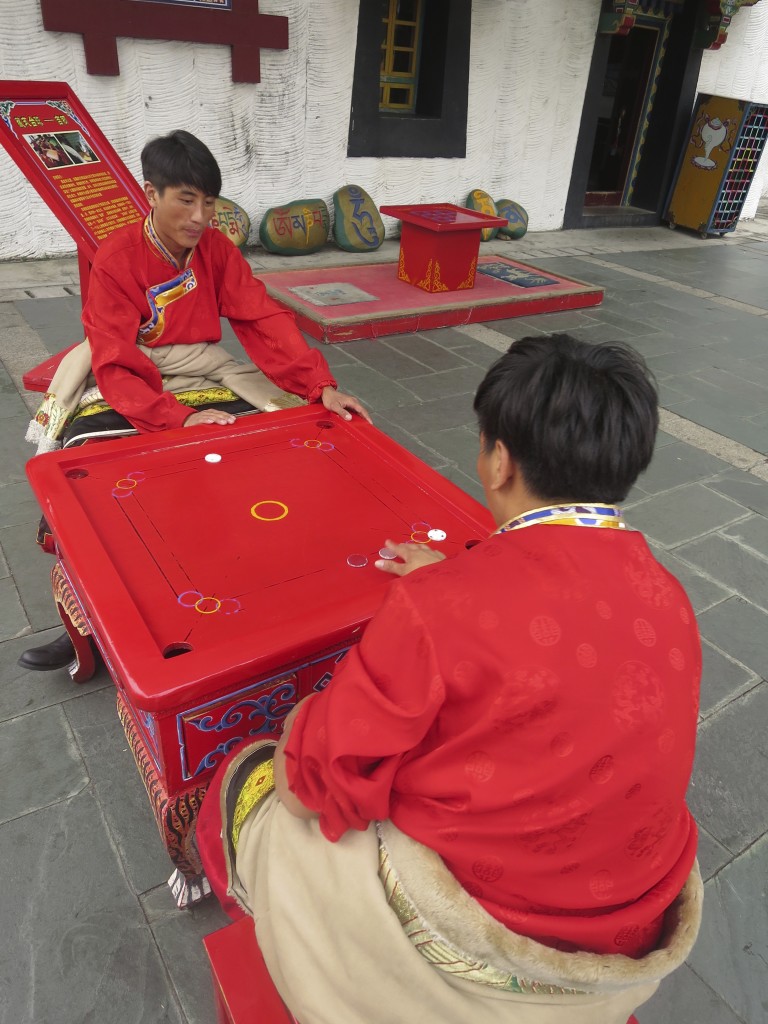 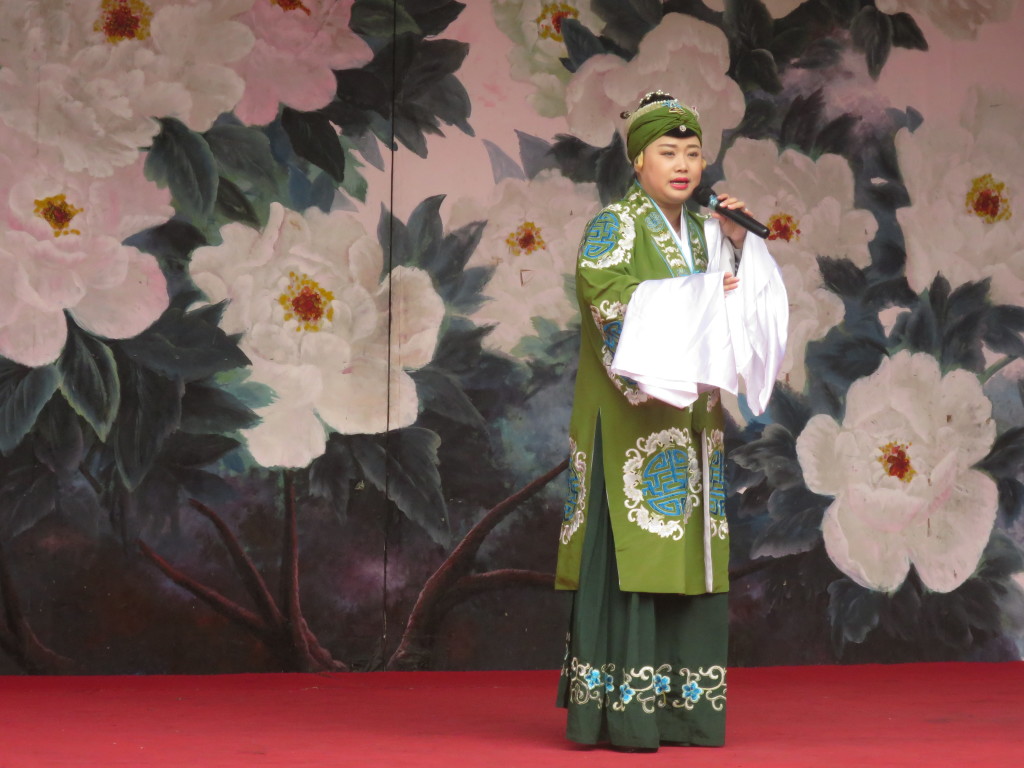 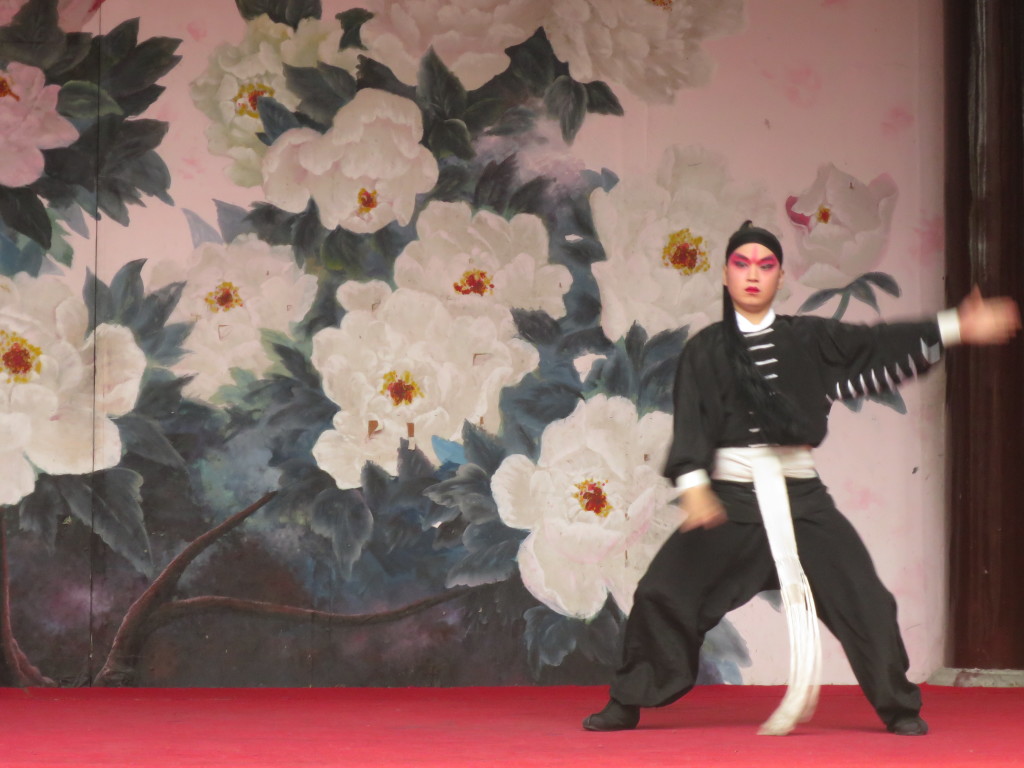 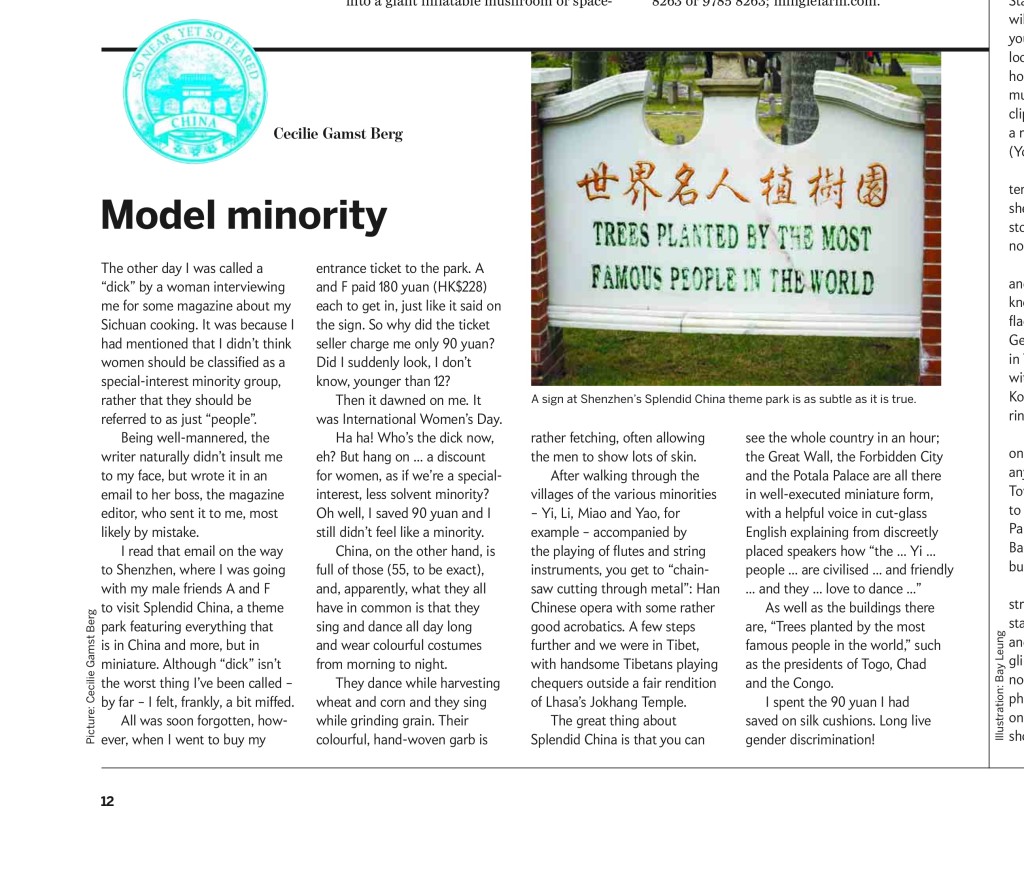