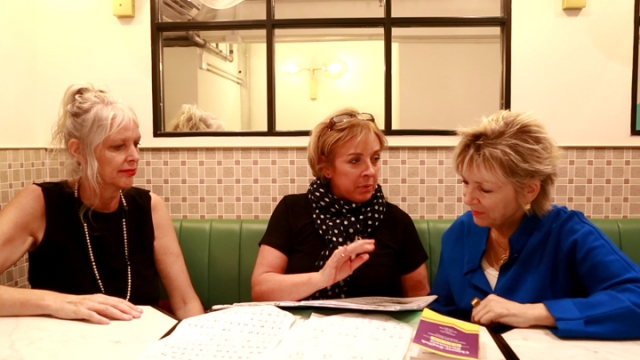 I think everybody in Hong Kong (and the world) should speak Cantonese. It's fun, sounds great and gets you a moderate amount of publicity. That's right; all you have to do is 1. Be non-Chinese and 2. Speak the local language of the town you have been living in for 27 years.

Like a few weeks ago, venerable news organisation Apple Daily came to my gaff and did some shooting and asked some, in my opinion, good and well thought out questions. Best of all, they were only two people, one interviewer, who was a real journalist, and a cameraman. That's the beauty of online TV.

Here is the programme

This little programme led to some media attention and a lot of messages from the young people of today - in English, naturally. "Thank you for saving our culture!" Oh, it's nothing. All in a day's work!

On Wednesday I spent a day with a terrestrial TV station which was a little different from Apple TV in that in order to be seen, they thought the presenter had to be a former Miss Hong Kong runner-up. Me, I don't really care what presenters look like (David Attenborough) but maybe Hong Kong people are different. We went to Tsim Sa Tsui and shot some scenes in Jong Heng ("Chungking") Mansions. They wanted me to say how much I missed staying in Travellers' Hostel but you know what? I have absolutely zero nostalgia for sharing a room with seven people and having to take all my stuff with me into the 30 square centimetre shower so it wouldn't be stolen.

But I have to say it was more fun to have a chat on RTHK again! 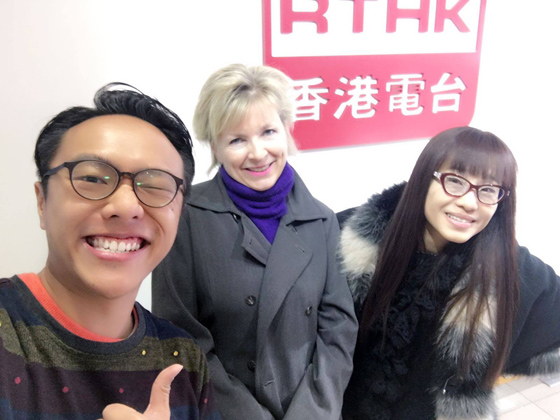 In, out in less than an hour, fun chat, full freedom. Oh how I miss RTHK and Sarah Passmore.

The Apple Daily thing has had 110,000 views now and I'm very thankful for being given this soap box and an opportunity to beg Hong Kong people to, when a foreigner talks to them in Cantonese, to answer in that language and not English, Mandarin, Hebrew or Swahili! BUT I still think that being able to speak the language of the town where one has lived for 27 years isn't something to make programmes about.