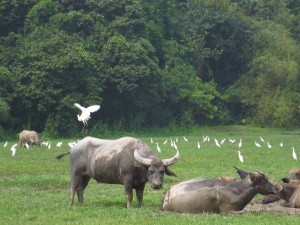 What do cows do when a typhoon signal 8 is raging, I wonder?

T8: 八號風球(baat hou fung kao – 8 number wind ball) The scourge of Lantau. Not! As usual, the weather bureau says we’re going to have a direct hit. Even seven hours ago when this typhoon was just a gleam in the raincoat-covered TVB reporter’s eye, all kindergartens closed. Come ON! What’s wrong with Hong Kong? When did we become so damned weak? One would think drops of water were acid the way the government carries on. The kindergartens closed at 8:30am. Now it’s 4:17pm and still no rain. 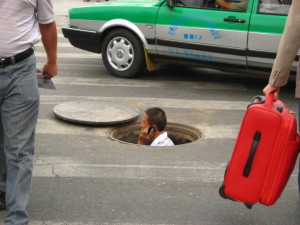 If you survive the onslaught, why not take a Cantonese course this year? You’ll never be short of weather expressions again!