Wei, language enthusiasts everywhere, or should I say: Konichiwa! Or Bunka kakumei! (Cultural revolution) Yes, I’ve been to Tokyo （東京）and what a lovely trip it was. The air was so fresh, the train stations so beautifully designed, and everyone, I discovered to my delight, talked to me in Japanese!

What, that’s not so strange, you think, seeing they were Japanese? I agree. It shouldn’t be strange. But considering the fact that my Japanese is limited to the old “where is the …” “do you have …” “Is there a …” “Togetherness in nakedness” (hadakano tsukiyai) “honourable beer please” ( o biru kudasai) and commenting favourably on the weather, it was amazing that suddenly I was in Japan having long conversations in non-existent Japanese about really non-interesting things!

Because guess what, if you can say a few words in Japanese, people think you can actually speak it, and they also respect your efforts to learn the language by treating you as if you can. And that’s why foreigners who live in Japan for any period of time, inevitably do learn the language.

I was thinking about that as I touched down at shiny Chek Lap Kok (should be pronounced “Gok”) airport,(did you know HK’s airport is named after a kind of fish?) at midnight and after having left my friend’s house in Yokohama about 12 hours earlier so a little bit tired and worn out.

I tried to lift my luggage off the conveyor belt but happened to stand behind a kind of barrier (they use to … avoid stampedes at the airport?) and a lime-green jacket person immediately galloped forth.

Of course he did. That’s why he got a job at the airport. With a sigh – back to people who treat me like an idiot AND think I can’t lift my own tiny suitcase – I headed for the exit, where there was a transport service desk. Spake:

"唔該，幾點鐘有巴士去梅窩呀？" (Excuse me, what time is the bus to Mui Wo?)
He looked at me as if I’d said something completely different, like “I’m going to disembowel you now.” I smiled pleasantly and patiently like a cobra, repeating the question. He fell back to earth with a thud.
“Wann teh-tee.” （1.30)
你講乜野呀？ （What did you say?)
“Wann teh-tee.”
我唔識聽英文，你講乜野呀？ （I don’t understand English, what did you say?)
“Wann teh-tee. At duh mitt-lie.” (at the midnight)
講廣東話呀，唔該。 (Speak Cantonese, please.) Yes, childish and ridiculous, I know. But the reason I speak Cantonese today, is that I never engage in English conversation with HK people. Ever. It’s become a habit and I will spend the time it takes to get local people to speak to me in the local language.

Now he was starting to look panic-stricken. I again asked what time the bus to Mui Wo left, speaking slowly and clearly – perhaps he didn’t understand my normal, kind of street-y Cantonese because he was too refined? This time he wrote 1.30 on a piece of paper, pointing wordlessly to the number. Yes, yes, just because someone can speak a language fluently doesn’t mean they can understand a single word, right?

So that was a sad homecoming. Especially since this kind of behaviour from HK people is so far in the past I can’t remember it anymore. It’s probably because he worked in an airport that his brain just packed it in and refused to do the decent thing when faced with the impossible, the one thing that cannot be: White face uttering yellow words.

I can see why some of my students give up, while I just dig in deeper. But if it’s any comfort, there comes a day in all Cantonese learners’ life when the person you’re talking to in Cantonese just answers you in that language as if you were a normal human being. That happens all the time to me now. And that’s why the airport incident made me so incredibly disappointed. Especially after having been treated so well in Japanese, which I don’t speak at all! 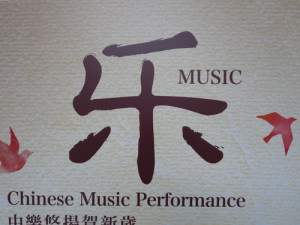 Oh, how I hate simplified characters! It’s bad enough that I have to see them everywhere in my beloved mainland (although shop-and restaurant owners who want their business to look stylish and upmarket increasingly use normal characters on their signs) but now they’re appearing all over Hong Kong too. The photo above is from IFC; the poster aimed at mainlanders only, forget about local people. This is how that character should look:

Mainlanders coming here are perfectly able to read normal characters. They look up to Hong Kong as a place where you can trust the quality of products. Why then drag our products down to their level by branding them with the cheap and shoddy-looking simplified characters, created so even idiots would be able to read propaganda slogans? They are insulting. And ugly! Here’s another one, also from IFC 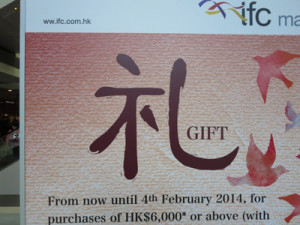 which actually is written 禮。 It’s time Hong Kong stopped the patronising nonsense of thinking mainlanders can’t read real Chinese and showed some pride in her own language and culture.

Back Again So Soon? | Happy Jellyfish

Back Again So Soon? 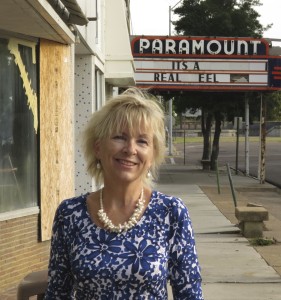 I can’t believe I’m home again! The two weeks in Mexico and the US seemed like two months because there was so much happening, and everything mine eyes looked upon I saw for the first time. That’s the secret to a long, or long-seeming life: To look only on new things every day. Sigh. Now I’m home again, a typhoon is coming, apparently, and everything’s sad and anti-climactic. 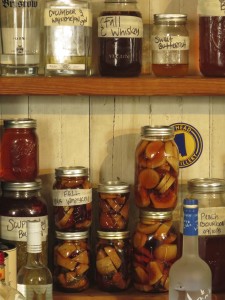 So now it’s back to teaching Cantonese and cooking Sichuan food. But if you can’t be arsed to drag yourself over to my house in Pui O, why not cook for yourself? It’s easy when you follow my cookbook CHILLies! Sichuan Food Made Easy. Which you can get by clicking on the link and also on this website. 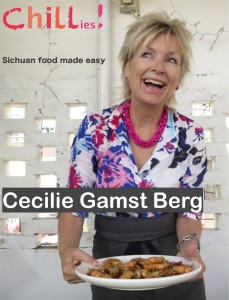 Back By Popular Demand: Classifiers

Classifiers, measure words, counting words, whatever you want to call them, they are a vital feature of Cantonese. Here you can learn some of them through the medium of song:

See if you can pick out the classifiers to these things from the song:

But good news: You really can use 個 (goh, “piece of”) for everything! Everyone will understand. Still, learn this song by heart and you won’t have to worry much about classifiers. If you want the lyrics, sound and Chinese characters, just contact me.